The two-time IPL champions Kolkata Knight Riders have named Eoin Morgan as their new captain, replacing Dinesh Karthik, who faced huge criticism for his performance with the bat in the current season.

The wicketkeeper-batsman has struggled to score much with the bat in the tournament so far. 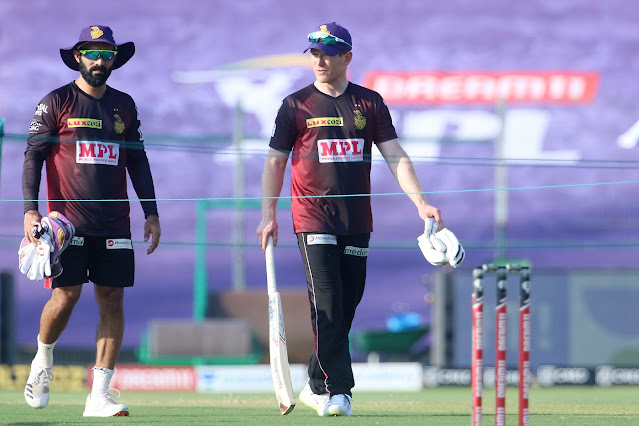 In a media statement, the franchise said Karthik "wishes to handover" the captainship to Morgan "with a view to focus on his batting and contributing more to the team's cause."

The 34-year-old Irishman will lead the Knight for the rest of the campaign.

The Knight are currently fourth on the points table with just four wins in the first half of the season.

Popular posts from this blog

October 01, 2020
Zimbabwe Cricket has launched the National Premier League (NPL) featuring the top nine clubs. The NPL is designed to revive domestic cricket structures and to identify emerging talent around the country.The Sports and Recreation Commission has given Zimbabwe Cricket (ZC) the green signal to have the domestic competition take place.The clubs are:AmakhosiQueensTakashingaRainbowGladiatorsHarare KingsGreat ZimbabweMidWestEasterns US$10,000 will be the prize money of the tournament.The inaugural NPL competition, a highly anticipated nine-team, 45-over tourney, will see these top clubs tussling it out for supremacy: Amakhosi, Queens, Takashinga, Rainbow, Gladiators, Harare Kings, Great Zimbabwe, MidWest and Easterns 🏏🇿🇼🏆#NPL | #NPL2020pic.twitter.com/z39trxnFDn— Zimbabwe Cricket (@ZimCricketv) September 30, 2020
Post a Comment
Read more

The England youngster who can star for the next generation

September 28, 2020
Even though there are many different forms of cricket, there’s still something special about Test cricket. It appeals to fans and traditionalists of the game and for many English cricketers it’s the pinnacle, with the Ashes against Australia the most hotly anticipated clash on the calendar for the country.
So, if a potential star emerges at that level, it’s exciting for all involved. And, that could be the case with Zak Crawley after the Kent batsman announced himself on the biggest stage with his remarkable performance against Pakistan earlier this year, where he scored an incredible 267.Zak Crawley is the Player of the Match for his 267 👏 👏#ENGvPAKpic.twitter.com/GgUhWkdVH2— Wisden (@WisdenCricket) August 25, 2020The fact English cricket favourite Paul Collingwood singled the player out for praise in 2019 shows that he has been on the radar of the national team for some time. However, few could have expected him to burst onto the scene in the way he did with that impressive showing…
Post a Comment
Read more

September 18, 2020
Australian allrounder Dan Christian has joined the defending champions Sydney Sixers on a two-year contract.After two seasons with the Melbourne Renegades, the 37-year-old is set to be an important part of the franchise's title defence in the upcoming edition of the Twenty20 cricket Big Bash League. Christian, who is currently leading Nottinghamshire in the Vitality Blast - will link up with a long-time friend and the current Sixers skipper Moises Henriques.Sydney Sixers will be the fourth BBL franchise of Christian after his spells with the Brisbane Heat, Hobart Hurricanes and the most recent Melbourne Renegades.Sixers to begin their BBL 2020 campaign against Hobart Hurricanes on December 7.
Post a Comment
Read more