18 August, 2019
Ravi Shastri has been re-named as the head coach of the Indian cricket team on Friday.

The 57-year-old was picked over Mike Hesson and Tom Moody to continue at the helm until the T20 World Cup in 2021. 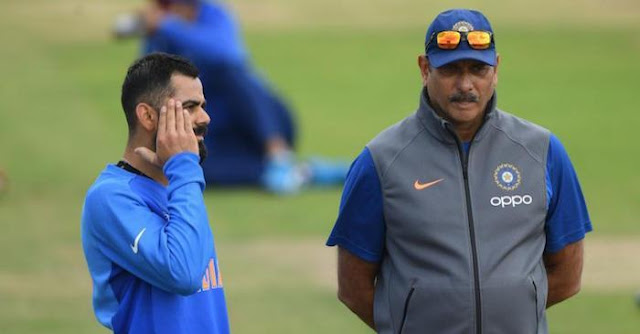 Shastri said, it is a "privilege and an honour" to be a part of the national team setup.

It will be the third stint for the Mumbai born coach with the Indian team as he served as the two time World champions during the 2015 World Cup and after the conclusion of 2017 Champions Trophy.

During Shastri's tenure, team India became the number one ranked team in the ICC Test rankings and performed excellently in the 2019 World Cup.

EXCLUSIVE: An honour & privilege to be retained as coach: @RaviShastriOfc

After being retained as Head Coach, Ravi Shastri listed out the challenges ahead & his future plans for #TeamIndia. Interview by @28anand