19 January, 2020
Bangladesh have announced their squad for the T20I series for the upcoming tour to Pakistan, starting later this month on the 24th of January.

The left-handed opener Tamim Iqbal, who hasn't played international cricket since the ODI series against Sri Lanka in July last year, has made his return to the national set-up. 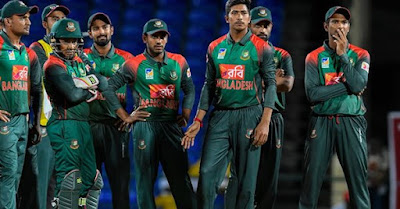 Mosaddek Hossain, Arafat Sunny, Taijul Islam and Abu Hider have been dropped from the 15-member squad.

The Tigers to play three T20Is, one ODI, and two Tests matches.