South Africa were desperate for Boucher but should they be careful what they wish for?

01 January, 2020
Mark Boucher’s appointment as head coach of the Proteas enabled fans of the South African cricket team to finally breathe a sigh of relief after months of boardroom turmoil. The squabbles as the top table of South African cricket during 2019 have hurt the Proteas and couldn’t have come at a worse time given that they fell around the playing of the World Cup. 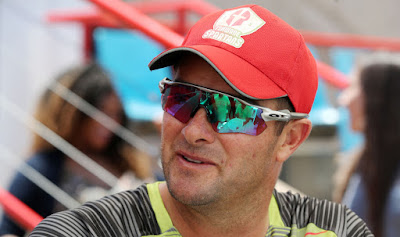 The Proteas’ elimination from the 2019 World Cup in England had many in the cricket fraternity concerned about the future of one of the greatest sides of the international game. The fallout would then begin in earnest with one thing leading to another as Ottis Gibson was shown the door after his contract was not renewed, but the CSA board would wait until December to replace him, some four months after the West Indian was given his marching orders.

JUST IN: Mark Boucher has been confirmed as the new head coach of the South African men's side. pic.twitter.com/EMuy3FETns
— ICC (@ICC) December 14, 2019


By this time, South Africa had been whitewashed in India during the Tests and there were some serious grumblings going on back home. Eventually, the majority of the CSA board were suspended and Graeme Smith was appointed Director of Cricket in South Africa, in an effort to completely overhaul the old setup.

The first thing Smith did was appoint Mark Boucher as Proteas head coach and many would say not before time. There has been a deafening clamor for Boucher to take charge but now that he is the man in the hot seat, can he turn it around and be as successful as the armchair pundit has said he will be?

It will be a tricky start, that’s probably the fairest way of putting it with England arriving for four Tests that will be played over the New Year. Tellingly, the visitors are the favorites to win the series at 5/4 in cricket betting. It’s a marginal advantage on paper but in reality, the Proteas are some way behind the English at the moment.

That is where the challenge awaits Boucher, having to salvage a sinking ship and then get it to power forward once more. Not having any international experience is a mark against his name but Boucher’s work at the Titans shows quite emphatically how good he is at man-management.

When you consider how little coaching these international players need once they get their national colors, you'd then be inclined to say that world-class man-management may well be enough for the Proteas at the moment.


Indeed, South Africa needs more of a culture change in the change room rather than a technical approach to the game of cricket. This South African side needs to believe in itself once more by finding a way to bring back that Protea fire that made them unbeatable between 2007 and 2014.

The good people of the rainbow nation have now got the man they want and they will be quietly confident of a Proteas revolution about to take place. The world will now sit back with the talking all but over and watch the old boys of South African cricket do everything in their power to make the nation they love a superpower once again.